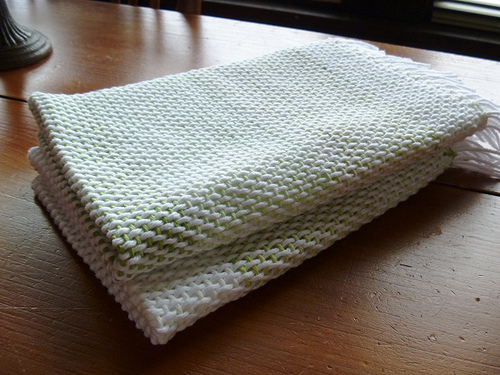 These two kitchen towels will maybe, maybe not become kitchen towels. I like them, it's just that they're square and rather thick. Perhaps they'll make a nice kitty blanket for the summer… We'll see.

I spotted a $1 sale on Lily Sugar 'n Cream cotton yarn and bought a bunch just for fun. I've never had much luck making actual household items, and so I figured even my plan of dish towels didn't work out, they'd probably be useful. 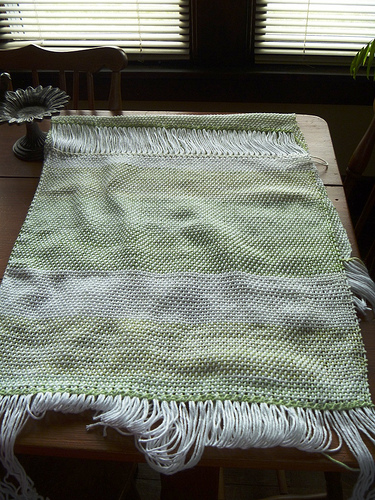 I used the Glimakra Emilia and the 8 dent heddle. Just in case you're wondering, two skeins, 240 yards, is exactly the amount you need to warp 60" on this size loom with this size heddle. However, buy three! You should actually warp 70" or even a little longer to make a real towel.

For the weft I chose a striped green, extremely light. I think my camera is set to overexpose because I haven't taken a decent picture lately. They aren't quite as light as the picture shows, but the stripes are gradual. I like the variegated patterns better for towels so next time!

This experiment led me to immediately warp the Emilia with another batch of cotton. My plan this time is for a bathmat.