I’m so pleased with the Schacht Inkle Loom I found in a thrift store this week. Actually, my husband spotted it as I was leaving. He thought it looked kind of loom-like and asked me what it was. 🙂

I had tried weaving some Sami bands on the little Peacock loom, but it was only working so/so. I had to take off several pieces of the loom, and that didn’t seem quite right. I never considered getting a regular-sized inkle loom, however, because I did have a mini one that was really cute and I never used it. I gifted it to someone and figured that was the end of my band weaving. But never say never!

I have to admit, weaving on a decent-sized inkle loom is great. I knew how to tie the heddles and warp it already, and so I picked a very simple pattern from the Helene Bress book that came with it, and away I went, weaving a ladder band. For anyone who is interested, Jane Patrick has a great how-to video on warping and weaving an inkle loom that can teach the basics.

(The inkle loom is not very big, but it looks huge next to the tiny Louet in the next picture. I’m warping the Louet for a rep weave project.) 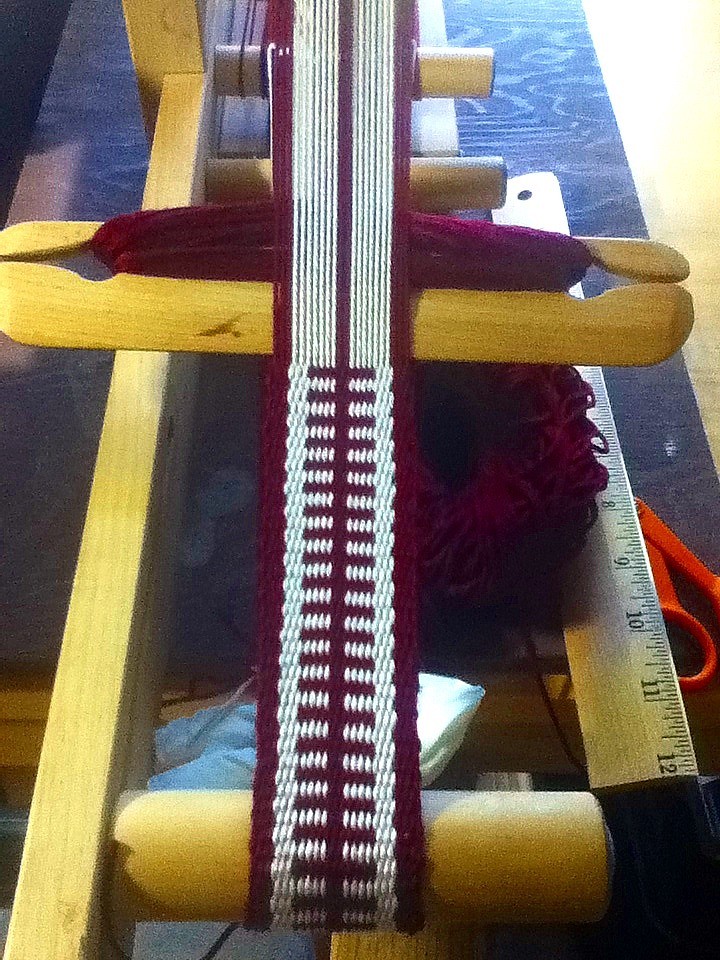 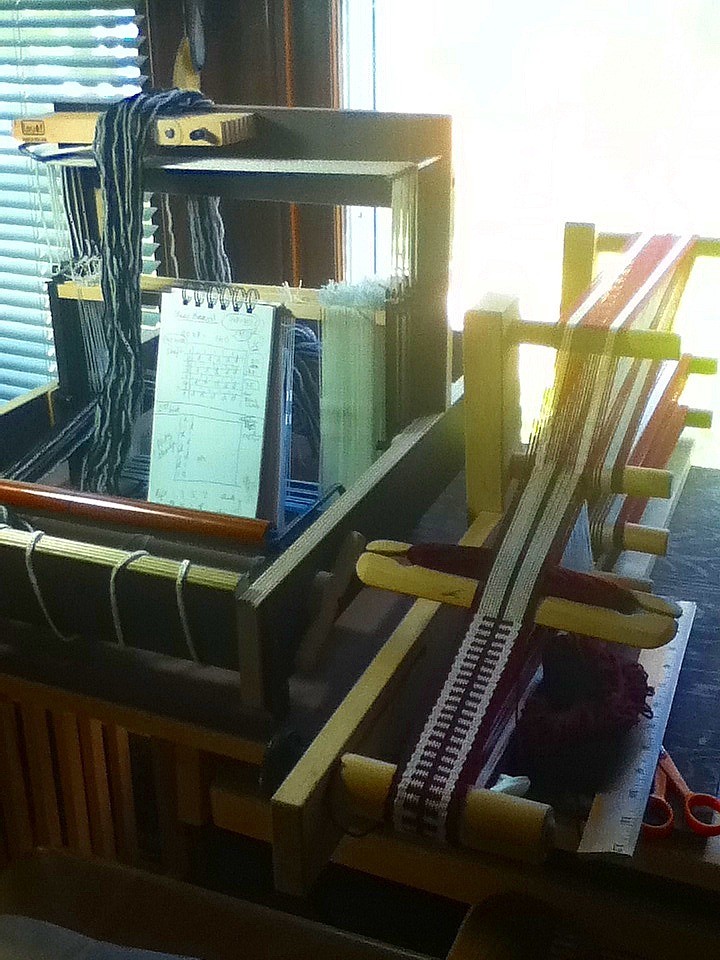