I finally finished the fringes on my second rambler rose scarf/wrap/shawl. It ended up shrinking down to about 9.75″ wide after washing, which means I lost about 1.5″ in width! Quite a bit. I made a true beginner’s mistake by washing it before twisting the fringes. I’ve done this  a dozen times without any problems, but this time, the fringes came out of the washing machine in a big knot. They were twisted around each other and nearly each one separated into its own little fringes, meaning I had a huge mess on my hands. Instead of the hour or so I estimated it would take me to twist the fringes, it ran over three. I also had to spritz them to keep them fairly flat, as they had a mind of their own and curved all over the place. Another lesson learned. 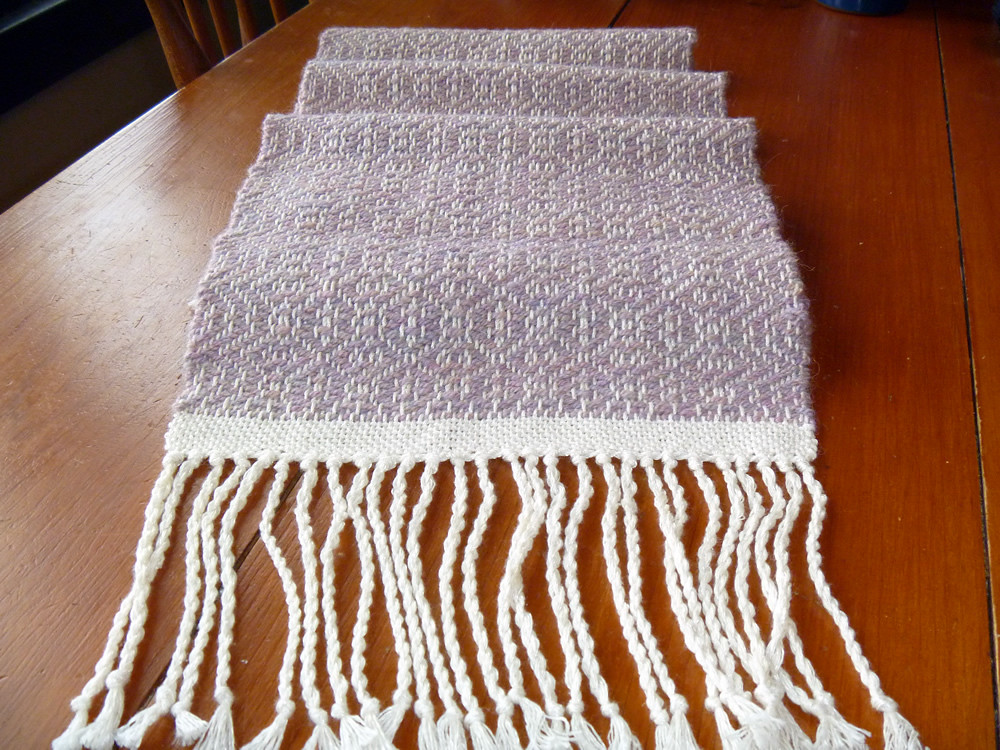 For anyone who is interested, this is a four shaft pattern. I’m am taking a little breather before jumping into the next multi-shaft project which will use all eight–pinwheels! In the meantime, I’ve been playing around on my other looms, making a cotton belt on the Emilia and practicing some inlay on the Kessenich. 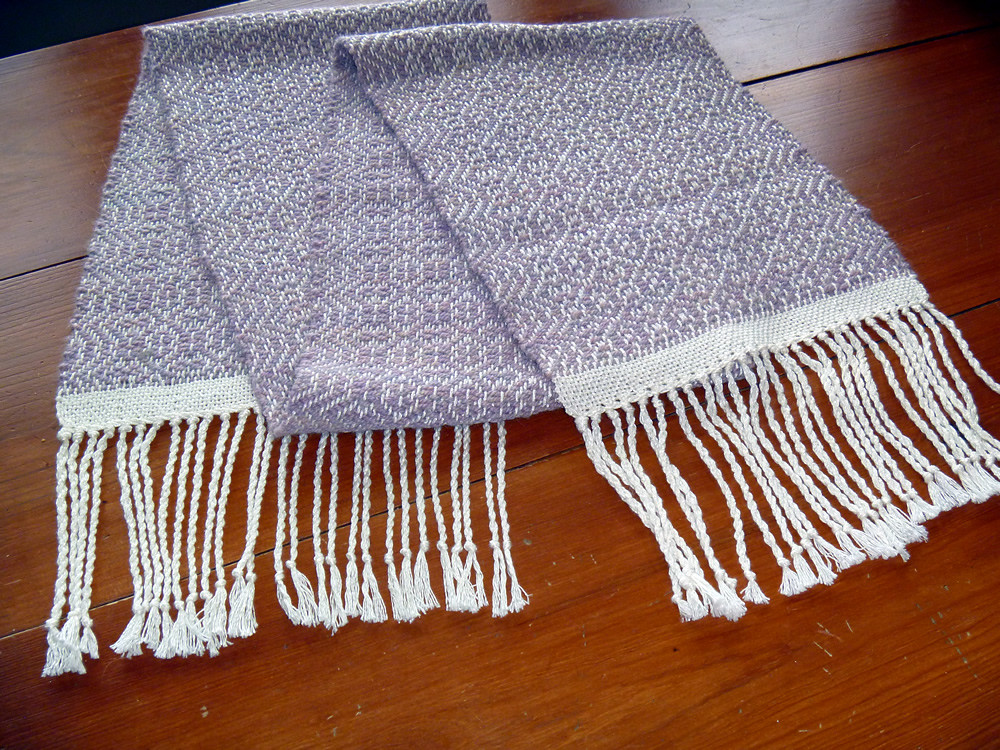