I finally finished this project! Hooray!

It was just the right type of day–freezing rain, slush, yuck– for staying inside. So, what if I wasn’t pleased with my first attempt? No big deal. I cut off the weft and started another pattern. This one is better, I think, and the selvedges are tidy, too. 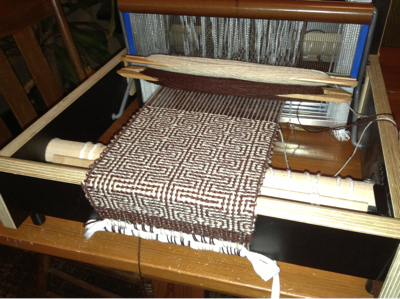 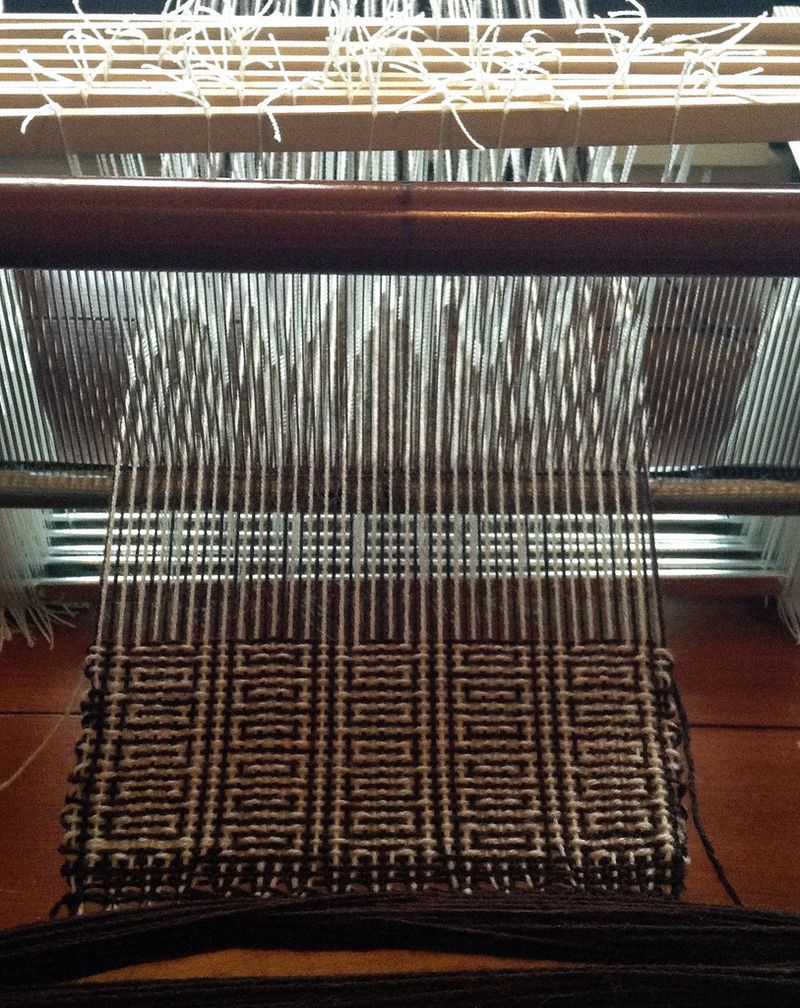 I'm playing around with 7 shaft patterns on the little Louet W30 table loom. I like the front; I'm not as crazy about the back. I think I'll unweave (okay, I'll admit that unweaving may involve scissors) and try another geometric pattern. There are several interesing point twill patterns with this threading. 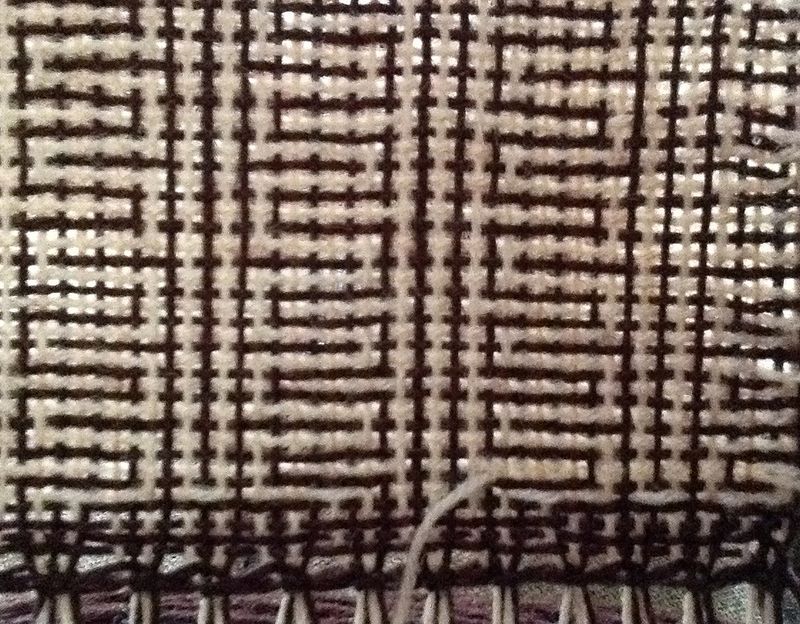