From a blog called The Urge to Preserve comes a neat way to piece together a jacket made out of woven triangles.

I've been busy–work, sick, etc., etc. So, maybe I still have the same projects on the same looms that were there a month ago… or maybe a month and a half? The geometic scarf is nearly finished, though, and so far I love it. I always forget how much slower it is to weave with a finer yarn. I also started a really cool project using my triloom, a hobo bag. Noreen Crone-Findlay has put up a great tutorial on putting together two 3' triangles to create a clever bag. I think an inkle strap would look nice: 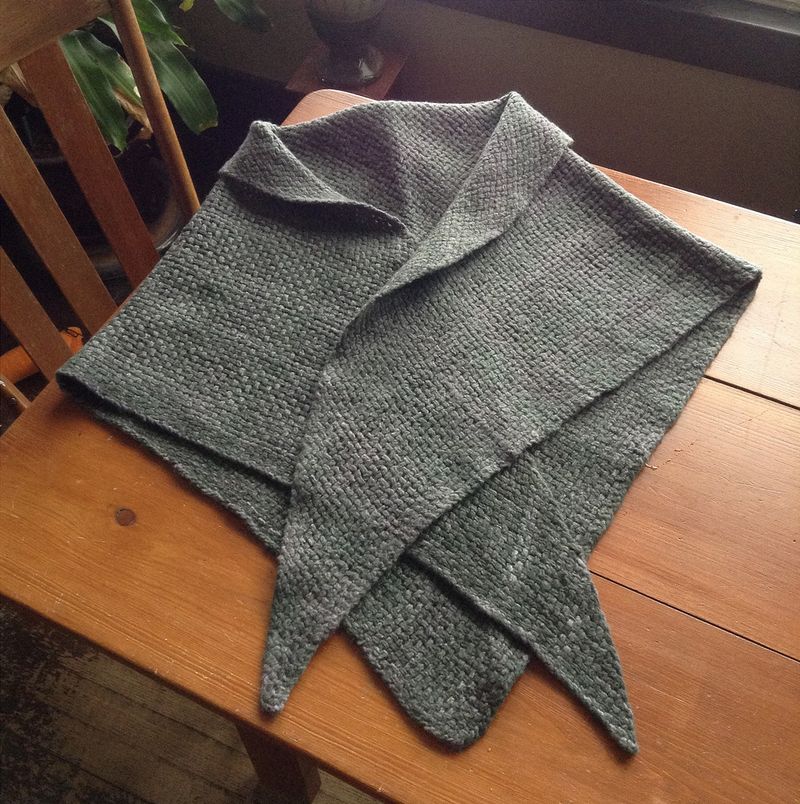 I never did post the final picture of this 7' triloom shawl I finished back in November, so here it is now. It was woven using the continuous bias method, which creates a soft looking, pretty weave. The yarn was Manos Maxima, and I over-purchased the amount because I couldn't do the math right on the spot while standing in the store. That's why I had enough for the simple gray scarf I just finished, and another skein for a future project. So let that be a lesson to you: if you make a mistake with your weaving calculations, try to over do it, especially if the yarn is Manos Maxima. 😉

I had some trouble finishing the shawl. The yarn was so soft and light that it didn't felt evenly, and I had to try twice–the first time hand washing with warm water and the second with hot–before I was content with the look and feel. 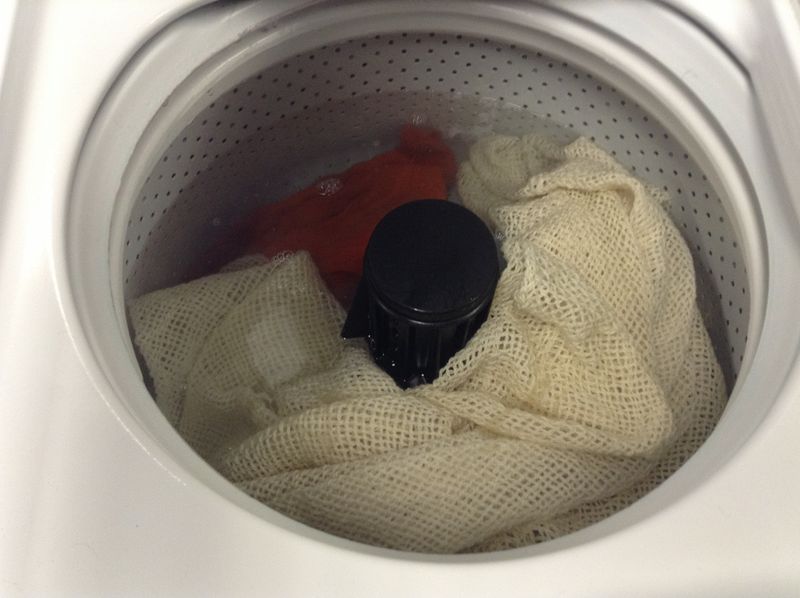 It was a little frightening watching the blanket get smaller and smaller, I'll admit. It started out at 56" or so and then shrunk after only four minutes in the washing machine. Okay, I set it on hot but when I checked the water, it was lukewarm at best.

So, I took it out and rinsed it in cold, then smooshed the excess water out and put it in a dryer for a light dry. Six minutes later I called it done. The weave had filled in completely. It measured 36". So, talk about shrinking. 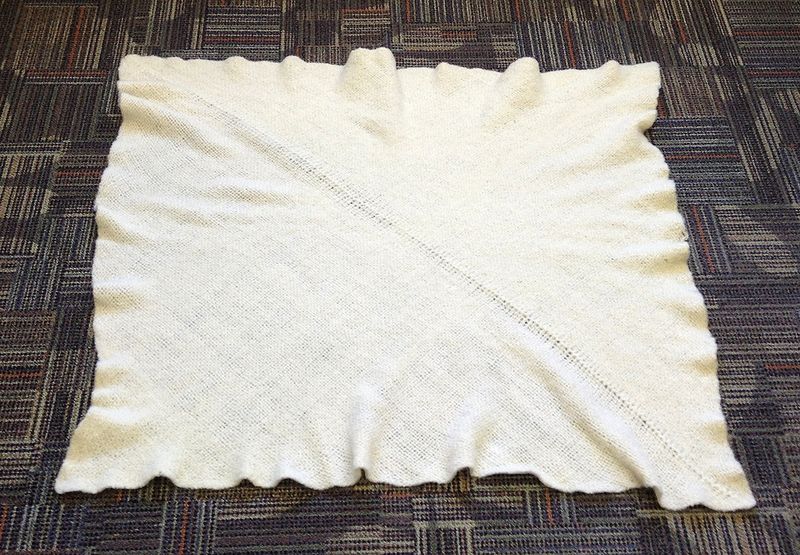 If I had used two strands of yarn instead of one, there wouldn't have been so much space in this weave, and I probably would have lost only about 10" instead of 20". But, it makes a very nice wool lap blanket, the kind to sit on the couch with or put on the foot of a bed for a little added warmth. It was really satisfying to make something bigger than a shawl or a scarf.