I haven’t done much weaving this summer, so I was pleased to find this sweet dolly at antique store. She was a steal at $4.

One of my Christmas presents was a 12″ square loom from U Weave Looms. The pins are arranged so it’s like a Weave-It loom–only it’s giant! I wove two squares and stitched them together to make a tube and then gathered the top. It’s a hat! 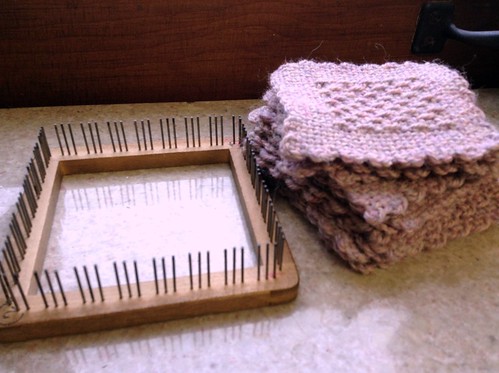 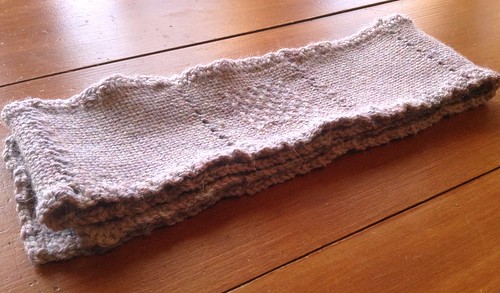 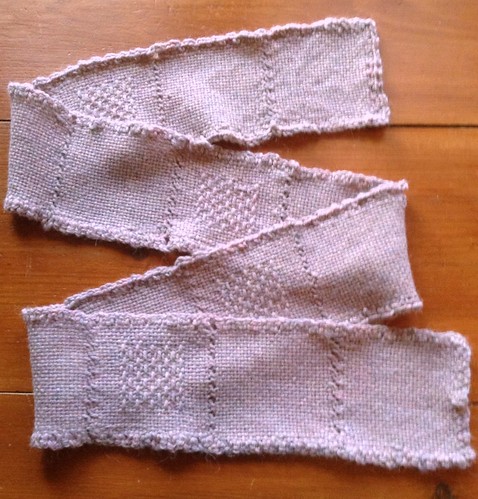 I brought a little Weave-It 4″ loom to work and during my lunch hours, wove up a stack of squares. Then, I spent a few hours stitching them together and crocheting a border. I thought it was cute, but truly didn’t care for it until it had been washed, dried, and steamed with an iron. Then, I suddenly thought, “That’s a scarf!”