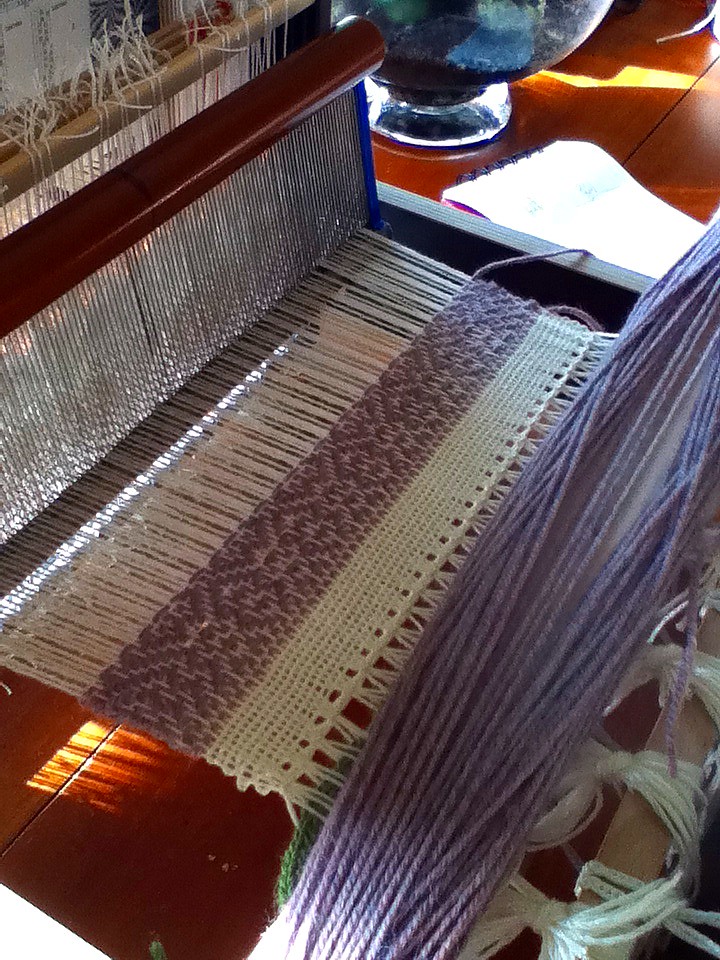 Or is it a wrap? It’s 11″ across, so it’s debatable. This time I’m using a white cotton/rayon warp (Henry’s Attic) with a lavender/pink alpaca/wool weft (Berroco Ultra). I was worried about the obvious differences between the two, not just with thickness but with softness and color, but so far I really like how it’s turning out. I think the pattern is really pretty and now that I know it by heart, it’s going along quickly. 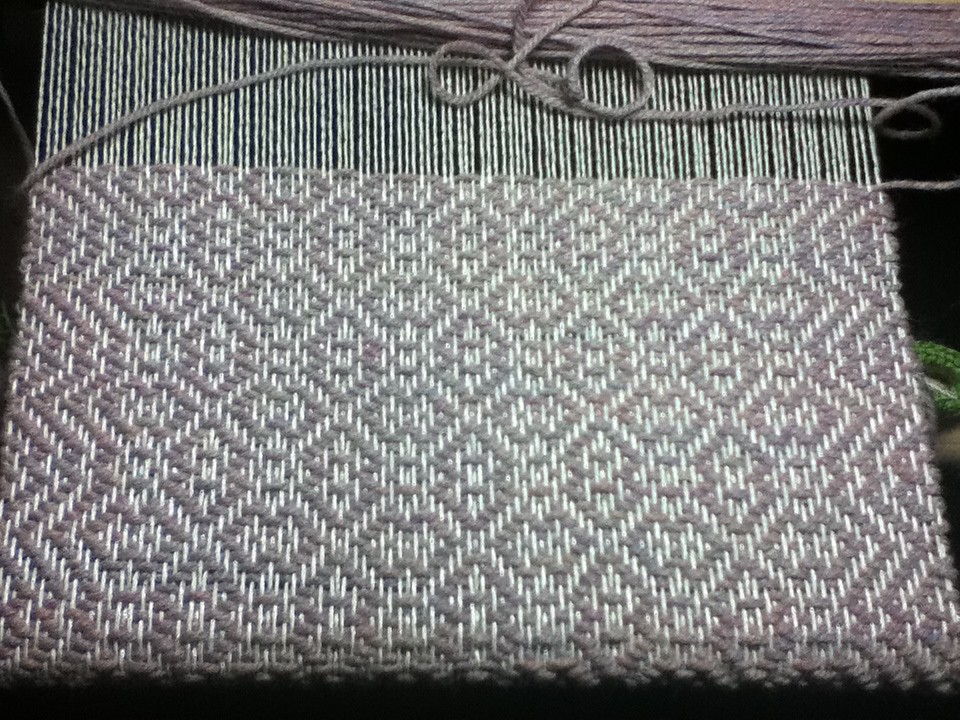 I spent some time studying my loom to figure out how to add the 25 extra heddles to each shaft. It came with just 25 on each, but there was also a package of 200, all connected together with little twist ties and the tops looped from one to the other. I knew there was a trick to getting them on without tangles, and so I watched a Youtube video and twenty minutes later, done! I snipped all the connecting threads and it was kind of fun. No tangles, no tears.

I nearly cried with the warping of this project, however. Strange how I can have very few problems as a beginner, but then as I progress, the problems I read about start happening to me. I was really careful, too! Somehow, while transferring the warp onto the loom, I started getting tangles in the length of it.Some of the threads near the end slipped into the middle. I’m grateful I wasn’t using wool, or it would have ended up felting together and I would have tossed it in the trash. In the end, I got the entire thing on the loom, threaded the heddles and reed and then unwound it all so each thread passed through each heddle. When the warp was unwound all the way to the warping beam, I rewound it. This unwinding/rewinding while the threads passed through the heddles and reed straightened up most of the crossed threads and small tangles. It’s still not perfect, but I’m used to that, so it’s progressing nicely at this point.

I also took a cotton ball of rubbing alcohol and managed to take off a little bit of the black Sharpie marks on the reed. It’s still there but much fainter, and the alcohol didn’t harm the plastic cover at all.